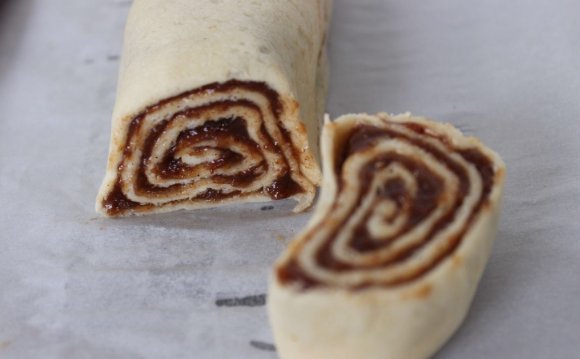 4. Sprinkle about 1/4 cup bread flour onto a set surface turn dough out, and knead until smooth and elastic (about a few minutes), accumulated to at least oneOr4 cup bread flour when needed to avoid dough from adhering to hands and surface. Place dough inside a gently greased large bowl, embracing grease top. Cover and let increase in a hot place (85°), free of drafts, 1 1/2 to two hrs or until bending in large quantities.

5. Meanwhile, pre-heat oven to 350°. Bake pecans in one layer inside a shallow pan eight to ten minutes or until toasted and aromatic, stirring midway through.

8. Place comes, cut sides lower, by 50 percent gently greased 10-inch round pans. Cover and let increase in a hot place (85º), free of drafts, one hour or until bending in large quantities.

9. Bake at 350° for 25 to 22 minutes or until comes are golden brown. Awesome in pans a few minutes. Brush comes with Cream Cheese Icing. Serve immediately.