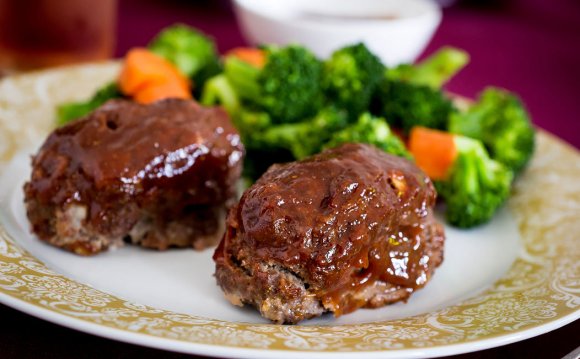 Certainly one of Nathalie Dupree's editors at Atlanta Magazine gave her this recipe years back, after she revealed herself to become anti-fruitcake. She fell deeply in love with it. "That one is going to be eaten, not re-gifted, " she states.

Make Ahead: The cakes could be tightly wrapped and saved at 70 degrees for several days or frozen for approximately 4 several weeks.

Position a rack in the center of the oven and pre-heat the oven to 250 levels. Spray two 4 1/2-by-8 1/2-inch loaf pans with nonstick oil-and-flour spray. Line with 2 bits of parchment or wax paper, one cut towards the width from the pan and yet another to the size of the pan plus 4 inches of overhang for handles to lift the loaf in the pan.

Chuck the ball raisins, apricots and ginger root in 1/4 cup of flour until evenly covered.

Cut the butter into 1-inch pieces, add these to the bowl of the stand mixer or hands-held electric mixer and beat on low speed until soft, about 3 minutes. Boost the speed to medium and beat for one or two minutes, before the mixture appears like gently whipped cream. Lessen the speed to low and add some sugar 1 tablespoon at any given time, progressively growing the rate and beating until well whipped, five to six minutes. Mix the eggs and extracts in a tiny bowl, then increase the butter mixture in 4 additions, beating for one minute on medium-low speed after each addition. The mix might look curdled, but will be well.

Sift the rest of the 2 1/2 glasses of flour using the baking powder and salt onto a bit of wax paper. Using the mixer on low speed, add 1 / 2 of the flour mixture towards the batter, beat well, adding the rest of the flour mixture and beat. When the flour is incorporated, make use of a flexible spatula to fold within the grated rinds, then your nuts and dried fruit. Divide the batter evenly between your prepared pans. Tap each pan once from the counter to get rid of any air bubbles, and smooth the tops.

Bake for one hour and fifteen minutes to at least one 1/2 hrs or until a toothpick placed in the centre arrives clean. (The cakes is going to be whitened and can give the look of being underbaked despite the fact that they aren't.) Transfer the pans to some wire rack to awesome for ten minutes. Carefully operate a knife round the insides from the pans to release the cakes. Make use of the parchment paper handles to get rid of the cakes in the pans and transfer these to the wire rack. Take away the parchment or wax paper and awesome the cakes completely.

NOTE: To toast pecans, spread them on the baking sheet and put inside a 350-degree oven, trembling the sheet from time to time, for eight to ten minutes. Watch carefully nuts burn rapidly.