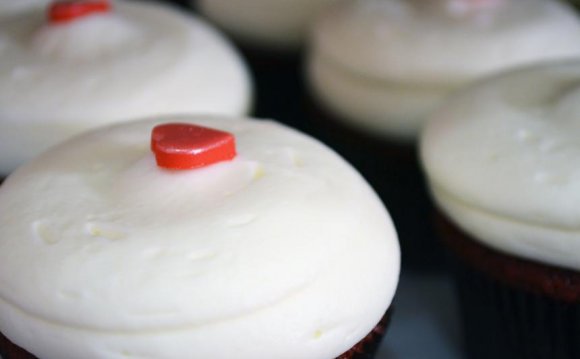 Your homemade cookies may taste great, but will they look pretty?

Based on Katherine Kallinis Berman and Sophie Kallinis LaMontagne, co-founders of Georgetown Cupcake and stars of TLC's 'DC Cookies, ' "the secret's within the frosting."

"The important thing to getting a pleasant fluffy frosting would be to whip your frosting not less than 5 minutes on high-speed, " Sophie states. Which goes for store-bought frosting too. Without having time or elements to create homemade frosting, whipping your store-bought frosting for any couple of minutes will change it from "brick-prefer to light and fluffy, " Katherine states.

Once you have accomplished the best texture, you're ready to try the "signature swirl." At Georgetown Cupcake, each cupcake is hands-frosted utilizing a plastic disposable piping bag fitted having a large round metal tip. Without having a piping bag in your own home, you could make use of a large Ziploc bag and merely "snip the end, " Katherine states. To actually sell the swirl, buy a large metal tip out of your local crafting store — it truly is important!

Georgetown Cupcake's "signature swirl" is really a "quite simple swirl technique, " Sophie states. "Start in the center of the cupcake, with even pressure bypass inside a circular motion and finish within the center with instant pressure." For that full effect, top together with your favorite form of fondant icing.

To look at Sophie and Katherine demonstrate the "signature swirl" from beginning to end, click the video above. For that full red-colored velvet cupcake and vanilla cream cheese frosting recipe, and a few behind-the-moments photos, see below.