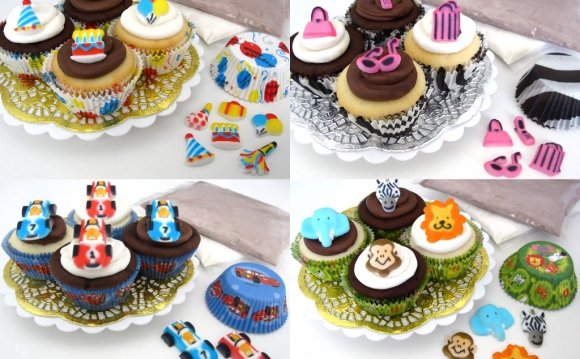 Inside a separate bowl, add some flour, cacao powder, baking powder, sodium bicarbonate and salt, and blend together. Add some dry elements towards the egg mixture and blend on medium speed before the batter is smooth, a couple of minutes. Switch off the mixer and add some hot coffee. Mix on low for just two minutes more.

Fill the lines three-quarters full with batter and bake for 14 minutes. Once completely cooled, make use of a paring knife to chop out the middle of the cupcake.

This recipe was produced with a contestant throughout a cooking competition. The Meals Network Kitchen areas haven't examined it for use at home, therefore, we can't make any representation regarding the results.

Add some boiling cream towards the chips and stir together until chips are totally melted. Add liqueur, mix well and hang aside to awesome.

Within an electric mixer, beat the butter on high for just two minutes. When the butter is whipped, add some powdered sugar 1 cup a period until well combined. Add some vanilla and blend well. Add some cacao powder and blend on medium speed until well incorporated. Using the mixer on low speed, gradually add some heavy cream. When the heavy cream is incorporated, turn the mixer on high and whip for three or four minutes.